“It’s Monday! What are you reading?” is a weekly meme hosted by Book Date. The folks at Teacher Mentor Texts and Unleashing Readers have given #IMWAYR a new lens by focusing on books for kids & teens. Check out their blogs to see what they’re reading!

I use #IMWAYR mostly to organize my reading list for the week and set out my book goals.

WHAT I READ LAST WEEK: 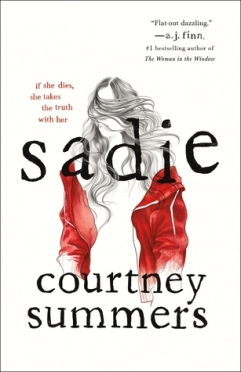 WHAT I’M EXCITED TO READ THIS WEEK: 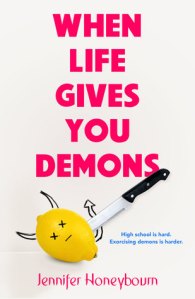 When Life Gives You Demons by Jennifer Honeybourn

This recent YA release is about a sixteen year old girl being trained by her uncle to be an exorcist, while trying to be a normal teen (with a crush, of course). Shelby’s trying to keep her family secrets hidden, but there might just be a few secrets she doesn’t know about—like what really happened to her mother, who has been missing ever since an exorcism went terribly wrong. But Shelby is determined to find out the truth about her mother.

Lately, I’ve been loving every book that Swoon Reads puts out, and I’m so excited for this one. It’s such a unique story, and a ton of the Goodreads reviews have mentioned that this book has major Buffy the Vampire Slayer vibes. Buffy is my favorite thing EVER (seriously. I have a Buffy merch collection.) and I really hope this book delivers that nostalgia for me. 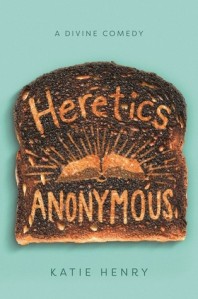 Michael is an athiest who winds up at a Catholic School and finds his home with other outcasts: feminists, queer teens, Pagans, and Jews. Together, they’re the Heretics Anonymous, a space to be themselves but also to challenge the school. But will Michael take it too far?

I’m really interested in this YA book that discusses faith and identity, especially as someone who had a very secular upbringing and knew almost nothing about religion until college. Now, I try to read books about teens from different religious backgrounds and who have varying experiences of faith. A few of my favorite book bloggers have already given this novel rave reviews and remarked on its diversity and the message it sends about friends not needing to share the same religious beliefs. Since this book deals with an upbringing so different from my own, I know this will be a unique reading experience!

I’m also almost done with Harry Potter & the Order of the Phoenix (Jim Dale audiobook) and am really hoping to finish it in the next few days so I can start on the next one.

What are you reading this week?