This week’s theme is best books of 2018 (so far). 2018 has already been an amazing book year, and it was tough to narrow it down. Here’s what I decided on:

1. The Astonishing Color of After by Emily X. R. Pan.

After her mother commits suicide, Leigh becomes convinced that her mother has transformed into a magical bird and is trying to communicate with her. Leigh, who is half-Taiwanese & half-white, follows the bird to Taiwan. There, she meets a culture and a family she never knew.

This debut was a stunning story of grief, love, family, guilt, and forgiveness; the author writes so honestly about mental health and identity. She weaves magical realism into Leigh’s story in such a beautiful, effortless way. I can’t wait to read more from Emily! 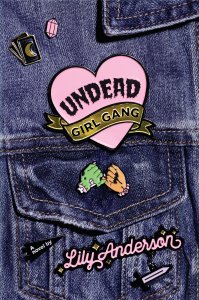 Mila doesn’t believe that her BFF Riley committed suicide. Convinced that she was murdered, Mila calls upon her amateur witchcraft skills to resurrect Riley, but accidentally raises a couple of dead popular girls with her. Mila finds herself chasing three zombie teens (who all have their own unfinished business to attend to) all over town while trying to track down Riley’s murderer.

This may actually be the book of my dreams. It had a Chicana, fat-positive, wiccan protagonist, it was all about female friendship, and it honestly had such Buffy the Vampire Slayer vibes. If you love Buffy, Charmed, or The Craft, this is a must read.

3. Summer of Jordi Perez (And the Best Burger in Los Angeles) by Amy Spalding

Abby is thrilled to land her dream summer internship at a local boutique, especially since it might lead to a paid job, and thus, her gateway into the fashion industry. But she’s less than thrilled when she starts crushing on her coworker, Jordi, who she’s competing against for the job. Cue a summer romance, vibrant fashion imagery, and a quest to find the perfect burger.

There’s a shortage of queer summer romances in mainstream YA, and this one was a great step towards filling that void. A light-hearted rom-com full of queer love, fashion, fat-positivity, and burgers. 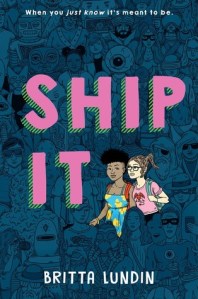 4. Ship It by Britta Lundin

When fanfic writer Claire discovers that the actor behind her favorite TV character is homophobic, she’s crushed. After calling him out (and having him balk at her gay shipping) at a convention, Claire is invited to join the cast’s tour in order to help the show do damage control. Claire uses the opportunity to try to convince the show’s writer to make her ship canon, while she questions her own sexuality along the way.

Britta Lundin really captures what it’s like to be engrossed in a fandom and the community that comes with it, and Claire’s experience of discovering that her favorite actor is problematic is so real. Claire’s an angsty teen, for sure, but she believes in fighting for what she loves, and she learns a lot about allyship and opening your eyes to the experiences of others. Recommend this one to fans of Rainbow Rowell’s Fangirl or Jen Wilde’s Queens of Geek.

In verse, Blood Water Paint tells the story of Artemisia Gentileschi, the Italian Baroque painter. Overshadowed by her father’s image and being sexually assaulted by her painting instructor pushed Artemisia to focus her paintings on the female body. She became a feminist artist with a voice that carried through hundreds of years.

This is a read-in-one-sitting-because-you-can’t-stop books. Even those who aren’t interested in Baroque art will not be able to put this one down. Joy McCullough really brings Artemesia to life, and its verse style makes it a quick read. I also love that this book can be used for a ton of different library displays, like women’s history month, poetry month, and #metoo/sexual assault awareness month. 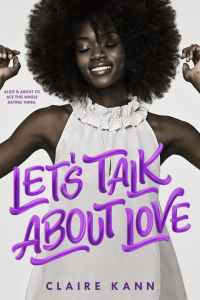 After being dumped because of her asexuality, Alice is ready to have a quiet summer working at the public library and living with her two best friends. But then Alice meets dreamy coworker Takumi, and the two become fast friends. Developing feelings for Takumi, Alice must decide if she wants to put their friendship on the line to try for a relationship that could end with her heart being broken again.

There were so many things I loved about this book. It was an intersectionally diverse book with a asexual, biromantic Black female protagonist, an Asian-American love interest, and a Filipino character, too. It unpacked a lot of misconceptions about ace folks and delivered such a sweet, fluffy romance. And also, LIBRARIES. 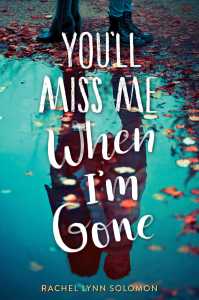 7. You’ll Miss Me When I’m Gone by Rachel Lynn Solomon

In the wake of their mother’s diagnosis with Huntington’s Disease (HD), twins Tovah and Adina have lost the close bond they once shared. They’ve both focused on pursuing their dreams: Adina, one of music, and Tovah, one of medicine. But when the twins turn 18 and are tested for the hereditary HD, the unthinkable happens: one is negative, and the other positive.

Rachel Lynn Solomon’s debut was so hauntingly beautiful and real. Tovah and Adina have such different voices and it’s heartbreaking and uplifting to see them fall apart and and try to piece themselves (and each other) back together.. This book also brings more nuanced Jewish representation to YA, which is so needed. I’m counting down to Rachel’s new book, Our Year of Maybe. 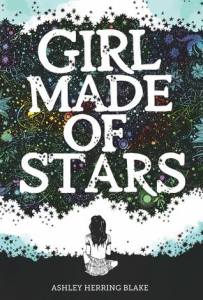 8. Girl Made of Stars by Ashley Herring Blake

Mara and her twin brother Owen have always had a special relationship. But when Mara’s best friend Hannah accuses Owen of rape,  Mara, who is also a sexual assault survivor, must reconcile the brother she loves with the new knowledge of what he has done. Mara believes her friend, which leads to a rift in her family, and she must learn how to piece her life back together.

This is such an important contribution to YA that explores what happens when someone you love sexually assaults someone. This book was well written, centered survivor’s voices, discussed consent, rape culture, trauma, and stressed the importance of believing survivors. There was also bi rep, and non-binary rep (yay!).

9. The Poet X by Elizabeth Acevedo

Xiomara feels silenced by her Dominican parent’s traditional Catholic beliefs and by the male gaze she constantly feels on her body. She’s learned to fight back with anger, but her real weapons are the poems she writes in her notebook. After falling in love with a classmate and joining a slam poetry group, Xiomara is pushed further into the church by her family. Xiomara is forced to decide if she is ready to let her true voice be heard.

This was a lovely story of identity, sexuality, coming of age, and female empowerment. Xiomara is such a relatable character and I’ve been recommending this to so many teens already. A great one to suggest to fans of I Am Not Your Perfect Mexican Daughter!

Celeste loses her library job due to a mental breakdown but things start looking up when she is hired as an archivist at a museum. She quickly learns that the Logan Museum is not like other museums, and strange occurrences begin to spook Celeste. Celeste forms a bond with a mysterious woman whose image appears to her repeatedly, and goes on a quest to find out her story.

This gorgeous graphic novel is about libraries, archives, and mental health, so of course, I’m obsessed with it. I love that the author comes from a background in librarianship, too. I love ghost stories that have more depth than just spooky hauntings. I promise you’ll love this one, even if you’ve never worked in libraries or archives.

What are your favorites of the year so far? Were you surprised by any of the books you ended up loving in 2018?